This Episode Sponsored By:

Conquering Client Conflict
Paying late, not responding to emails, arguing about art direction…enough is enough. Get more respect & make more money by resolving these conflicts in your favor – more details

Consultant and freelance developer Glenn Stovall joins the show to talk about how he diversified into the product business. We cover the idea of products as a long-term play, the true nature of a launch, and shadow work!

Glenn didn’t start out in the product business.  Like many of us, he started out working in an agency.  After taking a 5-year long “semester off” from college, he found himself in an agency position, managing other developers.  After later making his way into his own business, Glenn spent 3 productive years freelancing before considering launching a product business.

Glenn learned about the importance of scope in the product business after participating in the Gumroad Small Product Lab.  His initial product was going to be a Saas app but he reduced the scope and launched a book instead. This product would serve as seed material when he launched Dependable a year later, providing more valuable experience and asset-building for Glenn’s product business.

We talk about the disconnect between the skills needed for service business sales and product business sales.  Glenn points out that product is a long-term game, and that it won’t earn the same money in an immediate time frame that services will.  We talk about how building a product business is like building an asset, and the fringe benefits that come from having product on the market.

Glenn shares his basic marketing stack with us, and talks about some of his go-to moves for growing his product business.  Then he caps off the interview by sharing 3 action items for his fellow founders.

This Episode Sponsored By:

Conquering Client Conflict
Paying late, not responding to emails, arguing about art direction…enough is enough. Get more respect & make more money by resolving these conflicts in your favor – more details

In this episode, organizational expert and up-and-coming product badass Nicole St. Germain shares her story of learning to launch products based on community involvement, strategies for list-building, pricing psychology and more.

After relocating to a new state in 2015, Nicole felt like she was all over the place with her product aspirations. She immediately sought to get connected with a product community to help her. Feeling she needed a lot of help & feedback, she tried to offer the product community a lot of help & feedback. This led Nicole to various Facebook groups and, importantly, to the Gumroad Small Product Lab, where her product finished as an Honorable Mention.

Nicole learned lessons about going too fast, pricing psychology and list-building by starting out as part of a product community. It allowed her to design her launch process from the community outward from her very first product, a step that takes some founders a long time to come around to.

As many founders do, Nicole struggled with self-promotion and marketing, and made special efforts to counteract this, such as requesting help from friends and product communities. In addition to sharing this perspective, Nicole closes the show with her three action items for all of you aspiring founders to get busy with!

This Episode Sponsored By:
90-Day Product Goal Framework
Are you tired of failing to meet long term goals as a product creator? Now there’s a system to help keep you on track and on task as you launch your own products – more details

In this episode, Gumroad founder Sahil Lavingia opens up about VC, recent layoffs, the bright future of the company, and how having a startup “north star” has helped him to find his way as a founder.

Sahil lavingia has had an interesting ride. Getting into the game as a teen doing self-taught freelance logo design, Sahil moved on to ad banners, web design, app design and eventually app development to meet market demand as brochure sites became less and less desireable.

The connections he made led him to landing a job at Pinterest in 2011 (which was not “the” Pinterest we know today). Being an early employee at a funded startup taught Sahil a number of valuable skills, including:

During that formative time at Pinterest, Sahil came to understand the concept of a startup “north star” – core values that vet every decision a founder makes. Sahils own north star led him to launch a startup of his own, Gumroad. After coding up a proof of concept consisting of a hew hundred lines of code/html/css, the next indicated step was to turn it into a business that scales well.

Being plugged into the Valley startup ecosystem, Sahil discovered that there was a system & process for turning ideas into money. After securing $1mm in seed funding, Sahil proceeded to behave like a bootstrapped startup, building out Gumroad on his own for an extended period of time and letting most of the money sit in the bank. The decision to take funding was guided by Sahil’s startup north star to help creators be able to earn a living from selling their creations.

“My default answer is, yes, I totally can.”

In recent years, that same startup north star led Gumroad away from further VC and back to being a bootstrapped business. Sahil talks frankly with me about his experience with VC – which he says has been very positive – and what recent layoffs mean for the company.

We also talk about how his startup north star led the development of a high degree of automation at Gumroad, why the Gumroad team continues to roll out new features, and why the company never needed more than a few employees to handle the day-to-day operations of the startup. Sahil further tells us how his startup north star will guide him through the decisions facing Gumroad as they continue to operate as a bootstrapped company for the foreseeable future.

“People like saying you’re either bootstrapped or VC-funded, and I don’t think it’s that binary…it’s a spectrum.”

We also talk frankly about what VCs expect from their portfolio businesses, and why this works out acceptably well for Sahil and Gumroad, according to his startup north star. 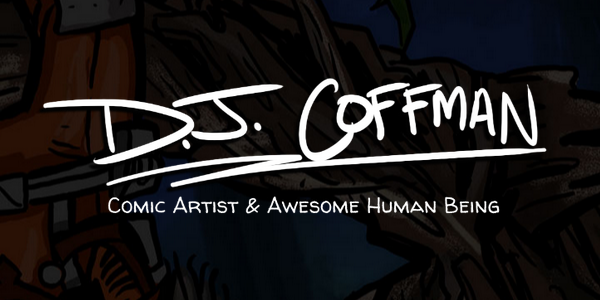 DJ Coffman joins the show today. We talk about DJ winning the recent Gumroad Small Product Lab challenge. We also discuss his journey from being a young artist to becoming an experienced cartoonist. Currently, DJ has a best-of-both worlds work situation that includes both a stable job, and small product releases.

And of course, we’ll get into detail on what it took to conceive, create and launch a small product in just 10 days.

This is Chasing Product, the podcast helping freelancers and consultants transition from client work to launching bootstrapped software products.

If you want to get out of client work and in to product work, then you are Chasing Product.